We are constantly bombarded with neologisms and one that was coined as far back as 1990 was “Helicopter parents.”

A helicopter parent (also called a cosseting parent or simply a cosseter), is a parent who pays extremely close attention to a child’s or children’s experiences and problems, particularly at educational institutions. Helicopter parents are so named because, like helicopters, they hover overhead, overseeing their child’s life.1

Marcia Sirota provides an interesting insight on Helicopter parents in an article titled “Helicopter Parents Are Raising Unemployable Children.” 2 She maintains that such parents feel they are doing what is best for their off spring when in fact they are hurting their chances of success, particularly in terms of landing a job and keeping it. One example she gives is that Helicopter parents don’t want their children to get hurt. “They soften every blow and cushion every fall” and so the children never learn how to deal with failure, loss or disappointment, which Sirota suggests are inevitable aspects we all need to face in our lives. 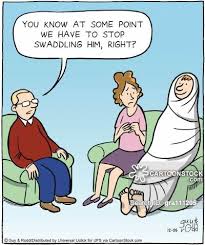 Now for a Matahui School insight – there are no Helicopter parents here. In fact, just the opposite. The Chicago Tribune would refer to our parents as “Free Range Parents.”3 Another neologism that may well describe our community is “No rescue parents.”

However we choose to define the parents at this school, the fact is, that you subscribe, condone and advocate the philosophy of this school – one which enables children to “flex their risk muscles.” Far from being unemployable, Matahui munchkins have big futures as the resilience, skills and “can do” attitude that has long since defined New Zealanders, is alive and well here at Matahui School.